STS sites use cookies to give you the best experience possible. By continuing to use our site you agree to the use of cookies.

STS (Student Travel Schools) started in Sweden in 1958 and our first language trips were to Austria. Today, we have our own offices in 14 countries and have a large global network of partners and non-profit organisations around the world.

Lars Magnusson from Gothenburg recognised in the 1950s that there was a growing need for foreign language education. In 1958 he became the first large-scale organiser of language trips. He understood that the advantage of language trips is that students get a unique opportunity to practice a language in the country where it is spoken and thereby learn faster and deeper.

Lars Magnusson founded the company STS Student Travel Schools and it quickly expanded. The company opened offices in other countries and introduced new training concepts, such as STS High School which has been running youth exchange programs since the late 1960s.
Our long experience and large network of schools, host families and local staff enable us to offer high school programs in many countries worldwide today. Join us for a fantastic once-in-a-lifetime experience! When you return home your language skills have developed a lot but you have also grown as a person and become more mature, confident and experienced.

1958
We sent our first student to Austria. The following year we also offered Hastings as a destination, which is still a popular destination for our students.

1964
The establishment of international offices began during the early 1960s. In 1964 we opened offices in Norway and Denmark.

1971
We introduced a new concept: our High School program in the USA.

1974
We opened our first office in Asia, Japan.

1982
The US President created The Youth Exchange Initiative, which contributes to international understanding through student exchange. Throughout the years, STS students have had the opportunity to meet several US Presidents.

1985
We introduce college and university educations under the name IBS International Business School.

1986
STS Foundation started. A non-profit organisation for STS programmes in the USA.

2002
We opened our first Chinese office in Beijing.

2011
We opened our fourth office in the USA and started STS Intensive language studies in Cambridge.

2014
We opened our first own school in Malta

2016
Spain is launched as a new STS destination for AuPair 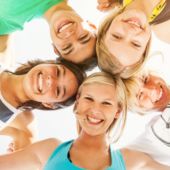